Last time on Mobilis Divers: The Possibly Perfect Place started to look like it could be a real thing, but with some challenges. Noelle got anxious about the challenges. We modified the plans. The universe ignored us completely.

“Some people get a strange dream, then that dream opens a new future or new life or new connections with other people” – Dalai Lama

So there we were, making plans to take a little breather in Utah before jumping head first into this strange dream of ours. I was busy selling things off, packing what was left and getting the cat ready to go. My friends and family at home were busy finding spare rooms for us to live in, looking for job opportunities, and planning holiday parties.

Then Chris got an email.

You see, the first day after we returned from our Summer of Three Places, we started talking to people about our interest in the Possibly Perfect Place. We wanted to get a feel for it from those who have actually spent time on the ground, so we reached out to people who live there and people who have travelled and dived there. In the process, one of Chris’s co-workers casually said, “You’ll never find a job there!”

The idea of either of us getting a job hadn’t really crossed our minds. We were always focused on the idea of starting our own business, not working for someone else. But the suggestion of it made Chris curious. It could help us out a lot with some of the challenges we felt like we were facing. For example, getting a job would mean earning money instead of spending it while we check the place out. It would also give us more time to explore it in depth: looking into the logistics of setting up the business, finding potential sites, making contacts and getting a really good lay of the land before we jump into anything.

Chris hopped online to see if his colleague was right about jobs being so rare, and what would you know but a position had been posted that day in exactly his area of expertise? We certainly didn’t expect that! In a mad dash, he updated his resume and sent off his application. Then we heard nothing. For weeks.

I can’t say I was totally heartbroken that they hadn’t replied. The opportunity sounded great and all (you can’t deny the freakishly good timing), but I was really looking forward to us having some time together for a few low-stress months, something I don’t know if we’ve ever really had before. I knew he was probably the most qualified person applying for the job, but as the weeks rolled by without a peep, I relaxed more and more into the reality of our Utah plans.

When he got the email requesting an interview. I was not wholly enthusiastic. To put it truthfully, I dissolved into a snotty, teary heap. It felt like once again the plans we made were being ripped up in front of our eyes. I knew I could not go with him, I just didn’t have it in me. I still needed rest and that still needed to be in Utah because it’s simply the easiest place for me to go. A small, annoyingly excited voice inside of me did keep twittering that, despite my anger and frustration over the timing, this job presented a really great opportunity for us and our future. I wanted to punch that voice, but I was forced to give it the stink eye it instead.

When he got the email offering him the job, I would like to say I was prepared and excited and ready to accept this crazy twist of fate. But no, I dissolved into a snotty, teary heap. Now that it was a real possibility, I started thinking about how our day-to-day lives would look, and I didn’t love it. The Possibly Perfect Place is far from Utah, so far it is actually nearly an antipode. With the time difference (if we’re both working typical hours) one will be working while the other is sleeping, which means we’ll probably only be able to talk to each other on the weekends. And knowing the American system, I was keenly aware that once I got a job I would not be able to go visit him because I simply would not have the time to. His job offer felt like the last nail in the coffin of our relaxing, refreshing time together. Because it was. And it totally sucked.

On the other hand, when the emotions subsided and I let that small, annoyingly excited voice actually say its piece, I couldn’t deny the coincidence. What are the chances that we would say “Let’s go check out this place in January” and a job in that exact place (a pretty remote and unknown one) at that exact time would magically appear? Although it will be really hard for us to be 8,000+ miles apart (for we don’t know how long), in terms of our big-picture hopes it certainly makes more sense for Chris to be there, checking out the possibilities, than in Utah spending his days doing crossword puzzles while I’m at work. Plus, every relationship needs a time where you have to communicate through long-form letters in lieu of face-to-face time, right?

Once we accepted the new state of affairs, things continued to slot into place without us doing much. We managed to sell off nearly all of the things in our house and one of our cars without actually trying. And Chris got a surprise week off, which he was able to use to go back to the UK to visit his family (he had planned to in January but wouldn’t be able to with the new job starting then). All too easy… It feels like, after so many years of trying to land somewhere and make things work, this opportunity is simply – and tenaciously – presenting itself to us on a silver platter. 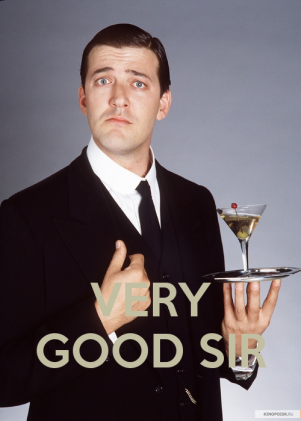 I suppose the Dalai Lama is the renowned and respected man he is because he happens to understand how the world works. He simply accepts that strange dreams can lead to new futures, new lives and new people. We, on the other hand, didn’t have His Holiness’ wisdom to recognise that once we voiced our dream it might take on a life of its own and we’d just be along for the ride.