Last time on Mobilis Divers: Noelle and Chris realised they had to go to opposite sides of the world for an unknown amount of time. It made them sad. Now they’re working on pushing their dream forward together while they’re apart.

Despite coming to a landlocked, desert state (in the winter), I always planned to carry on diving while I’m here (ideally for free). My ultimate goal is to finish the Instructor course before we try to start our own place. It’s the next step on the professional ladder and it would be helpful for both of us to be at that level when our shop is up and running (Chris already has his certification). There are two catches though a) it’s very expensive and b) it’s something I feel under-qualified for, since I’ve mainly been guiding – not teaching – in the water.

Don’t worry though. I have a plan! I want to start assisting with classes so I can get more practice with that while I save up enough to take the course. Ideally, I would even get paid while I am helping out (I’m over this whole working for free malarky).

Good news is, it looks like that all might be happening – soon! Until this summer I had no idea there were thriving scuba centers here. I knew people did some diving in the mountain lakes or down in the desert, but that’s about it. Turns out there are four dive shops in town (who take people not only all over the state for fun dives but all over the world on diving trips). One of these plainly stood out as the best, so when I got back to Utah in November the first thing I did was pop in there and tell them I wanted to be friends.

The conversation that ensued totally blew my mind for two reasons:

1) Did you know the only warm water diving destination in the continental US (according to their site) is in Heber, Utah? The Homestead Ranch has a hot spring that is a constant 96°F/35°C. People literally ski all morning just around the corner then come here to warm up again. In January, when the temperatures can reach -18°F/-28°C outside, I could come here and dive in a t-shirt and shorts. How nuts is that!

2) More bizarrely, did you know there is a mini ocean in Grantsville, Utah? Really! No, seriously! With sharks and angelfish and all that jazz. I know! I had no idea either. I’ve called this state home my whole life and I knew nothing about this, but it’s real. At Sea Base, there’s another hot spring (not quite so hot as the first) that joins up with part of the Great Salt Lake. The resulting salinity is roughly that of the sea. So someone dug out four big pools and filled them with this oceany water and a bunch of rescued aquarium fish (along with both nurse and bamboo sharks!). Really!

When I planned to do some diving in Utah, I figured I would be spending my time in a tepid swimming pool or a freezing lake with crap visibility. I had no idea there was the possibility of t-shirt diving and bamboo sharks! I seriously can’t get over it.

Needless to say, at the end of this chat I immediately asked where I could sign up. And I’m happy to announce I will be diving with them starting tomorrow! This first few times will be an “I’ll check you out while you check me out” kind of situation with them, but I’m pretty confident it will be the start of a fun time exploring what there is to see around here – while also getting myself ready for this next big step. I’m pretty excited!

There is one part, however, I am not excited for: the Americanisms. Out of the 265 dives I’ve done, 263 of them have been outside of America. That means as a diver I was raised in the metric system – and let me just say, as a user of both, metric is SO much better! It really is. Not because of any scientific relevance or improved accuracy, but because it is designed for lazy people. Europeans couldn’t be asked to spend their time working out 12ths and 7ths and crap like that! They had beaches to sit on, wine to drink and women to seduce. So they invented a system that made math a small and simple part of their life. America should consider doing the same.

Alas, as we are not there yet I will have to learn the conversions from metres to feet, bar to psi, Celsius to Fahrenheit, and litres to cubic feet (as well as metres to meters, and litres to liters). Sigh. I’ll also have to shift my perspective from sea level to altitude. Lots to learn! Luckily, I like any excuse to play in Excel, so I whipped up a few cheat sheets yesterday so it’s easier for me to remember. (Side note: Because I couldn’t find anything as clear and simple as what I made, I uploaded them to a new Resources page here in case they’re useful for anyone else!)

I’m really looking forward to getting my feet wet again this week. I’ve been out of the water more than a month – something I don’t think I’ve done since I started diving. I’ve really been missing my fishy friends from Muscat lately. But, if the internet can be believed, I might be able to visit one of their cousins right here in Utah! 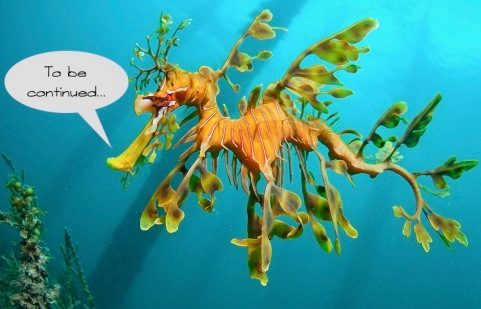 One thought on “Episode 4: Desert Diving”